Recently a rabbit vlogger I follow showed all the rabbit things in her house. She turned out to have 56. So I thought I'd count up the number I had and all I can say is that 56 is amateur level (although she does have an actual rabbit). Since I took photos of everything and putting everything in one post would be really big, this is going to be a series of posts. This one is the downstairs, minus what's hanging on the walls. 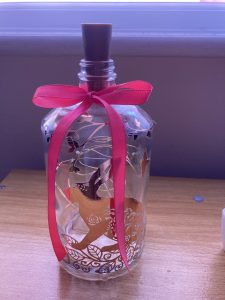 1. Some lights in a jar with a rabbit on the front. It sits on a shelf with a blind Dalek I painted pink. 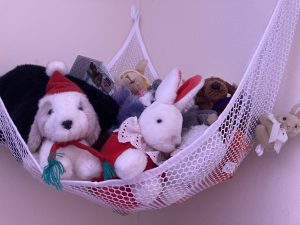 2, 3, 4 & 5. This is my hammock of rabbits and other cuddlies. I didn't take the rabbits out to photograph them because everytime it falls down they nevr go in as well as they did before. I think there are four rabbits in here - most of the hammock is non-rabbits. 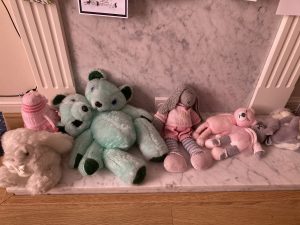 6, 7, 8 & 9. Four rabbits, a cat, a Dalek and a Minty the Beeblebear. These sit on my (decorative) fireplace. They were sitting up once, but Merry knocked them over. 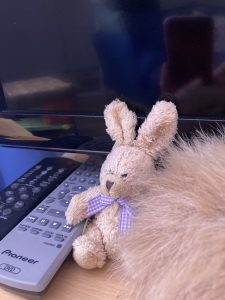 10. This used to be a keyring, but the keyring part fell out of her head. She also used to sit upright, but then I got a new TV that was lower and if she sits upright she covers the tennis score. To her right is part of one of my four tribbles. 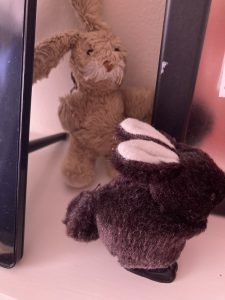 11 & 12. These two small rabbits sit on my mantelpiece. The back one is a keyring, the front one is a wind up one. 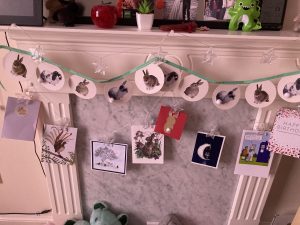 12. I'm not counting the birthday and other cards, which may or may not get taken down before Christmas. I am counting the rabbit bunting, which I saw in Paperchase and needed it. Before Easter is always a good time to get rabbit stuff. 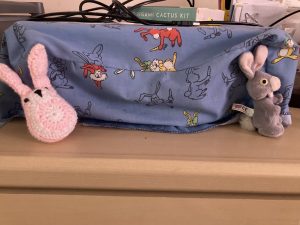 13, 14 & 15. The printer cover and crochet rabbit Mum made. The other rabbit is Hutch, from Wallace and Gromit: The Curse of the Wererabbit. 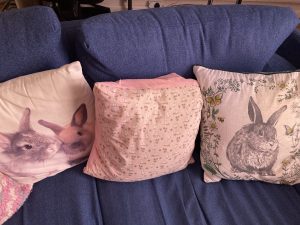 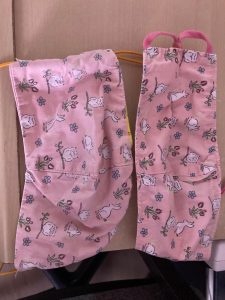 19. Rabbit masks. Because when you need a mask, why not have rabbits? 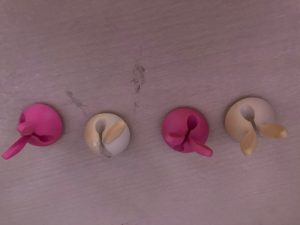 20. Rabbit cable holders. I knew these crap, from the reviews, when I bought them, but they were rabbits so I bought them anyway. They are crap, hence why they no longer have cables through their ears. And why one is missing an ear. 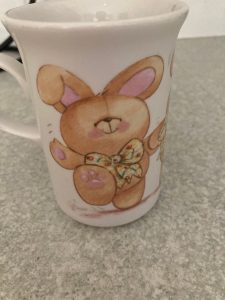 21. I got this rabbit mug for my 18th birthday. I don't let anyone else drink from it.