Although I say downstairs walls, this is just the lounge walls, as there isn't a lot of wall in the kitchen or hall. When I initially put my cross stitches up I thought I might put some on the wall by the stairs, but it turns out I actually have more wall than cross stitches. Last post I had counted 21 rabbits. 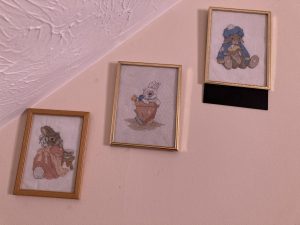 22, 23 & 24. These three are by the lounge entrance, under the stairs. I don't have an under the stairs cupboard, just a low, handily placed ceiling for hitting your head on. For some reason the frame on the right doesn't have anything to stop the back falling down (but does to stop it falling up or sideways). When I put it back it ends up in the same place. It doesn't fall further, so I've left it. 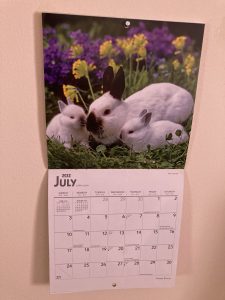 25. This is an indication of how long I've been meaning to post about this. I blame summer for being too hot. 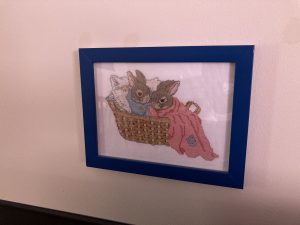 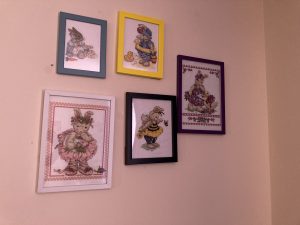 27-31. I read somewhere that it looks better if you hang things in odd numbers. I thought there's no way I'm going to be able to hang them straight - they'll end up looking a bit off. So instead I have a collection that is not at all supposed to be straight in either direction. 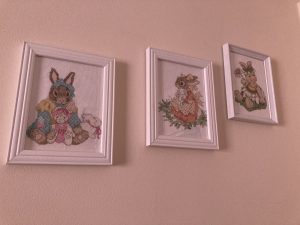 32, 33 & 34. These three hang above Merry's cage. I had to move the table his cage is on to hang them and at no point did he give any indication of stirring. He was too busy being asleep. And I have themed the sets of three in this room based on frame colour.

This site uses Akismet to reduce spam. Learn how your comment data is processed.